The Rights of Nature May Be a Possible Solution to Pandemics 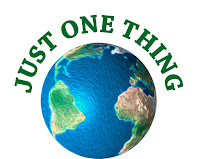 By now many of us may be boardering on the verge of hysteria due to the obsessive coverage of Covid-19. Yes, we do need to know about the disease, but I find it ironic that we are told most people get a mild case and don't die, yet we are inundated all day long with depressing, brutal accounts of disease spread and doom.

Is this a serious illness? Absolutely. Should we be concerned? Yes. Should we follow recommended guidelines? Yes for sure. But when day-after-day  news programs do NOTHING but cover Covid-19 and its morbidity, it can take a tremendous psychological toll on people who are attentive to the situation. Obviously this excludes the party animals and beach goers.

I know other people who, like my husband, have pretty much stopped watching coronavirus coverage. I still do, often to my dismay.

It's not just the virus, obviously. It's also the financial impact the virus is causing millions. It's the loss of family members and friends.

So what do I suggest? I have no short term solution, but I do have an idea I hope I can explain without sounding like a nutcase.

Many, maybe most, of these viruses and diseases originate in China and other countries that have "barbaric" practices of eating, mutilating and torturing animals. The United States is not innocent in this regard. We, and I speak as a member of the human race, use animals for profit, entertainment and pleasure. Obviously some countries have more horrific practices than others.

Animals carry viruses that usually affect only them. Once we're eating them and having ritualistic celebrations of turture, capture, and mutilation of these other beings, their viruses can jump to humans. Viruses are ancient and clever at surviving.

I do not in the least claim to be an epidemiologist, let me make that clear. But when one even briefly lools at a few past pandemics, the relationship to animals is undeniable.

Swine Flu: Originated in China from pigs and their lice and flees.

Ebola: Primarily believed to be caused by bats, and to a lesser degree primates, and pigs. Appears to have  originated in Africa.

Spanich Flu: The origin of this pandemic will likely be argued for decades but many believe it originated in China. This pandemic has an avian origin.

Covid-19: Originated in China. Believed to have come from bats.

At this point, just looking at these four pandemics, there does seem, to my eyes anyway, to be a direct link between the eating and handling of bats and other animals and the development of diseases.

This all could be ended. There are countries who have adopted the Rights of Nature. These countries do not allow circuses, zoos, rodeos or capture of wild animals. Animals are respected as other beings on the planet, not as dumb creatures that man has dominion over. Nature itself is given the right to exist without enivronmental destruction by greedy people.

We know that animals can feel pain, that they are sentient creatures, yet we treat them and abuse them as though they are simply unfeeling objects. We bash the skulls of baby chicks or grind them up alive; we use primates  who can be taught sign language (these are not dumb creatures) as enslaved guinea pigs in laboratories. Humans are monsters when it comes to the treatment of animals as feeling, sentient beings.

Obviously some cultures are far more barbaric than others. But a lot of human disease, illness, and death could be ended if we stopped the inhumane,
savage handling, treatment, and ritualistic slaughter of creatures.

So now you may wonder if I'm a vegetarian. Not quite, but I'm close. I have abandoned beef and most dairy due to the sordid treatment of baby calves and their mothers.

Globally enacting the Rights of Nature may be our best hope to stop future pandemics. Countries need to stop the bloody, brutal rituals in killing and eating animals that so many now enthusiastically engage in.